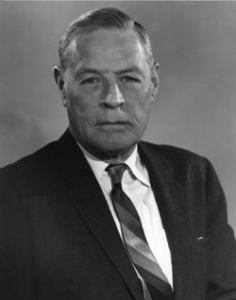 Was an American diplomat, State Department official and expert on the Soviet Union. He served in Moscow prior to, during and after the Second World War.

He was subsequently ambassador to the Philippines (1957-1959) and France (1962-1968). Bohlen joined the State Department in 1929, learned Russian and became a specialist on Soviet affairs. In 1934, age 30, he joined embassy staff in Moscow. In 1940 and 1941, he worked at the American Embassy in Tokyo and after the Japanese attack on the US (Pearl Harbor in Hawaii) was interned in Japan for six months. He then accompanied Harry Hopkins on missions to visit Joseph Stalin in Moscow. He worked closely with Roosevelt and was his personal interpreter at the conference in Tehran (1943) as well as in Yalta (1945).