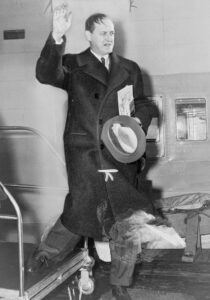 Was a close advisor to US President Franklin Delano Roosevelt on foreign policy.

In the 1930s, he was one of the architects of the New Deal, a policy tackling the economic crisis in the US at that time. During the Second World War he was a chief figure in the Roosevelt cabinet and an envoy to Winston Churchill and Joseph Stalin. He was a key author of the Lend-Lease Program, military assistance in total worth $50 billion to allies fighting Hitler. He took part in major conferences of the Allied powers, including those held in Cairo, Teheran, Casablanca and Yalta.