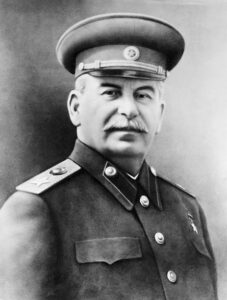 He is considered a communist criminal, responsible for the deaths of millions of people. He was also one of the organizers of the armed Bolshevik coup, which went down in history as the "October Revolution". Although he initially ruled the Soviet Union as a collective leader, he eventually strengthened his power by eliminating his political opponents to become a de facto dictator in the 1930s. In August 1939. Stalin made a non-aggression pact with Adolf Hitler, which also sanctioned the division of Central and Eastern Europe between Germany and Russia. This pact, which went down in history like the Molotov-Ribbentrop Pact, is regarded as an agreement that paved the way for the outbreak of World War II and the destruction of Poland and the division of Europe. In 1940, after Hitler's attack on the Soviet Union, Stalin, together with US President Franklin Roosevelt and British Prime Minister Winston Churchill, was one of the participants of the anti-Hitler coalition known as the Great Three. Under his leadership, during World War II, the Soviet Union made a significant contribution to the defeat of the Third German Reich, which consolidated the Soviet Union's powerful position on the international arena long after the war. 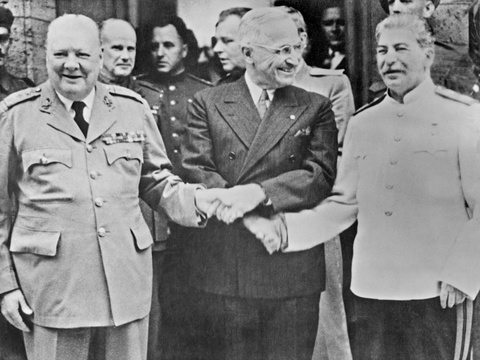 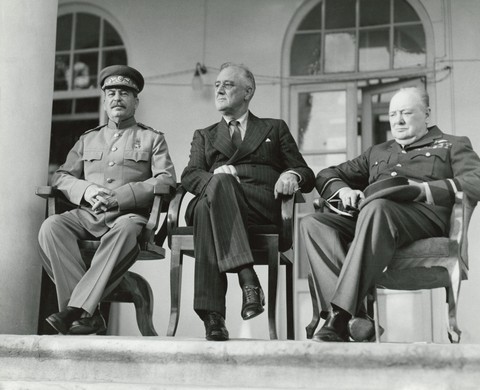 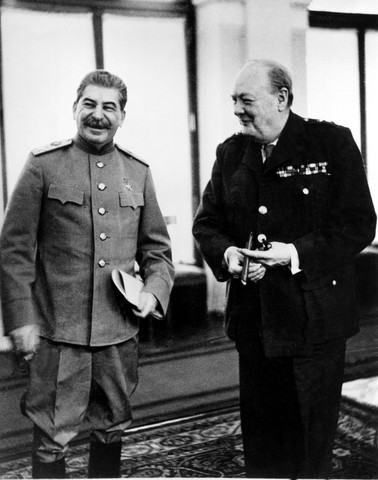 Responsible for mass repression, ethnic cleansing, mass deportations, executions and famine, which led to the death of millions of people. It is estimated that several tens of millions of people died under Stalin's rule, 11 million of whom died as a result of the famine in Ukraine, and the hard-won number of victims of Soviet deportations, exile and slave labour in the Gulag camps.

Another of the dictator’s achievements was the creation of his elaborately bureaucratized administrative machinery based on the interlinking of the Communist Party, ministries, legislative bodies, trade unions, political police, and armed forces, and also on a host of other meshing control devices.