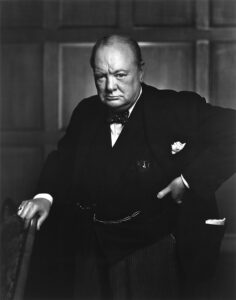 For most of his career he was a member of the Conservative Party, which he headed in 1940-1955. In 1895, Churchill joined the British Army and took part in action in India, the English-Sudanese war and the second Boer war, gaining fame as a fearless war correspondent. History recalls Churchill as a victorious war leader, fierce opponent of Adolf Hitler, champion of fighting to the end and victory at any price. He was an excellent orator and his fiery speeches upheld the fighting spirit among compatriots. His inaugural address in the House of Commons defined what awaited Great Britain in the war: “I want to say to the House, as I said to the ministers coming in this government: I can only promise you blood, swarm, tears and sweat”. In 1953, Churchill received the Nobel Prize for literature. In turn, his imperialist views on racial matters and tolerance of human rights abuses in the quelling of liberation movements in countries seeking independence from the British Empire stirred great controversy. Winston Churchill is commonly considered to be the most outstanding Prime Minister of Great Britain and one of the most important figures of the 20th century.