Translated from Polish to English by Mikołaj Sekrecki

That modernism in 20th-century art focused on the myth of regeneration and the task of reforming life corresponding with the former in social practice is somewhat paradoxical, both intellectually and artistically.

It consists in the fact that the notion of regeneration with reference to art meant, on the one hand, a call for renewing and refreshing art as such. On the other hand what mattered most was that its utility as art, according to many artists, was to be a tool for improving the world and raising the New Man. In other words, the modernists faced a choice: either focus primarily on purely artistic matters, such as the mutual interdependence of lines, colours and shapes, or care mainly about the utility of the work they created. The latter could mean, for instance, some political message or intentional functionality, particularly in the case of designing objects used in daily life. In yet other words, the choice was between the autonomy and utilitarianism of art.

Applied to art, autonomy then meant the primacy of matters related to the form and technique of creating works of art. That entailed attempts at defining key features of individual domains of art that would be characteristic of them only, and at the same time make them different from others. For instance, many modern painters understood the autonomy of painting as a result of a clear separation of that domain of art from literature. That means they were convinced that a painting should not tell a story of some events, present historical scenes or from contemporary life. They also thought that it should not create redundant spatial illusions, that is, showing seemingly tridimensional objects on the surface of a painted picture. That is the key reason why many painters seeking to renew (regenerate) painting resorted first of all to pure colours and abstract shapes, paying attention mainly to composition as well as stressing the flatness of the picture using painterly means. They justified their pursuit by pointing out the need to return to what was characteristic of and specific to painting. As for inspiration, they found it in cultures from the distant past or primitive peoples, applying basis colours and shapes as well as rejecting perspective and realism. Some artists, in turn, were convinced that the painted picture should be a faithful representation of the qualities of human sight resulting from the structure of the eye, the response of the retina and the pupil’s work, far from the ‘natural view,’ which is after all shaped by the brain, and consequently by our visual patterns and habits. Such ways of pursuing artistic creation were to lead to ‘pure painting,’ ‘pure sculpture,’ ‘pure literature,’ etc. Often in this process of purifying individual domains of art instrumental music was extolled as a model due to its natural abstraction as well as lack of content while having a powerful impact on audiences’ emotions.

Utilitarianism, in turn, meant for modernist artists that art participated in the, as they saw it, necessary and great reform of life which was to result in the regeneration of the environment in which people then lived as well as fostering improvements in themselves. Already in the 19th century, William Morris (1834-96), an English artist and founder of a movement for the revival of arts and crafts, was calling for the rejection of non-aesthetic and non-functional daily-use objects produced by machines. In their place, he championed a return to the ethos of manual labour, performed with passion and bringing good aesthetic results, which was to contribute to the moral revival of broad social strata and even a change in the political system. At the turn of the 19th and 20th centuries, Ebenezer Howard (1850-1928) was spreading the idea of building garden cities instead of the constant extension of large metropolises. They were supposed to offer the residents healthy and cheap living conditions as compared with overcrowded and expensive flats in big cities lacking sanitary facilities, access to light or clean air.

In the 20th century, artists were sure that their task was similar – to change people’s living conditions by means of designing functional residential estates and flats as well as simple furniture and daily-use objects. Many artists also thought that they had a duty to be active politically and ideologically and filled their works with propaganda content, seeking to have an impact on their audiences and change social relations. Even the Surrealists thought of their art that way, wishing to expand human imagination through stimulating the subconscious with unusual images so as to ensure that the broad masses were ready for a political revolution.

The conviction that it was the artist’s obligation to be involved in something of social utility was sometimes so strong that some creative artists –- like Russian Productivists – proclaimed to abandon traditional artistic creation that they found entirely redundant and opted instead for industrial design or even simply work on mass-produced objects for daily use. They also thought that it was their task to humanise factory work. They imagined being able to organise industrial production differently and better than engineers and transmit their artistic experience to workers who always performed the same repetitive activities of assembling, for instance, cars or agricultural machines. They were convinced that thanks to their assistance workers would stop feeling like soulless automatons and be able to treat their work creatively and so sense its meaning as a social duty – co-performed with other workers –- to elevate the level of human life and give it a modern shape. That attempt on the part of the artists to combine in their activities autonomy and utilitarianism is one of the most characteristic features of 20th-century art. 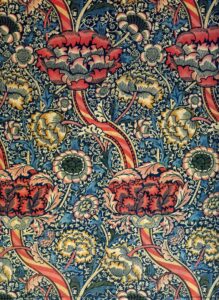